If you are into making professional quality audio/video productions Sony Vegas Pro 8 is a good choice. Its really easy to learn and use. It it not much complicated. This is a mid-range to high-end video editing tool.

I was very impressed with the overall stability of the Vegas Pro 8 tool suite when working on highly complex video projects involving a dozen or so audio and video tracks. It feels to be more fast. But the rendering speed is not that great.

Media generators include credit rolls, text, solid colors, test patterns, noise texture, checkerboard, color gradient, etc. A new feature in Vegas Pro 8 is the ProType Titler tool which is a very powerful feature. This tool can be used with phrases, words, and even at the character level. Some of the animations include character fly-in, advanced curve, shadows, glows, blur, and gradients. You can also adjust the line and character spacing, and X-Y coordinate axis positioning with precision. It’s easy to sample media generators and video effects by mousing over the selection.

Interactive tutorials are available on the Help menu and are helpful for completing various tasks such as adding a title to your project timeline. Some of the tutorial categories include basics, audio, video and still images, text and backdrops, and projects.

Scripting is handy for automating repetitive tasks and can be run from the Tools menu. Vegas extensions are actually compiled scripts that use the .NET Framework and can be written in Javascript or Visual Basic .NET. Created scripts can also be accessed via the Edit, View, and Tools extensions menus.

Sony has added an Audio mixing console in Vegas Pro 8 which provides a hardware-like audio mixer with buttons for assigning effects, routing, and automation control.

A PC configured with 1GB RAM is sufficient for running one tool at a time but if you plan to run multiple tools concurrently then I suggest you upgrade your setup to 2GB RAM, as with any video/aufio editing software, more memory and processor speed means more performance. 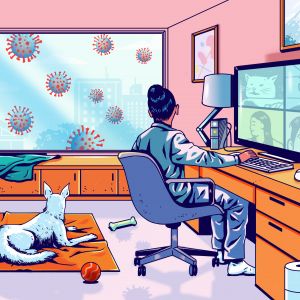 Microsoft Edge Roadmap: Will You Be Able To Sync Extensions?

Thank you for rating the program!
Please add a comment explaining the reasoning behind your vote.
5 comments

I'd used this program, and I am happy with it.